Dasha Karpilovich: 'I must have been an Estonian in my previous life' 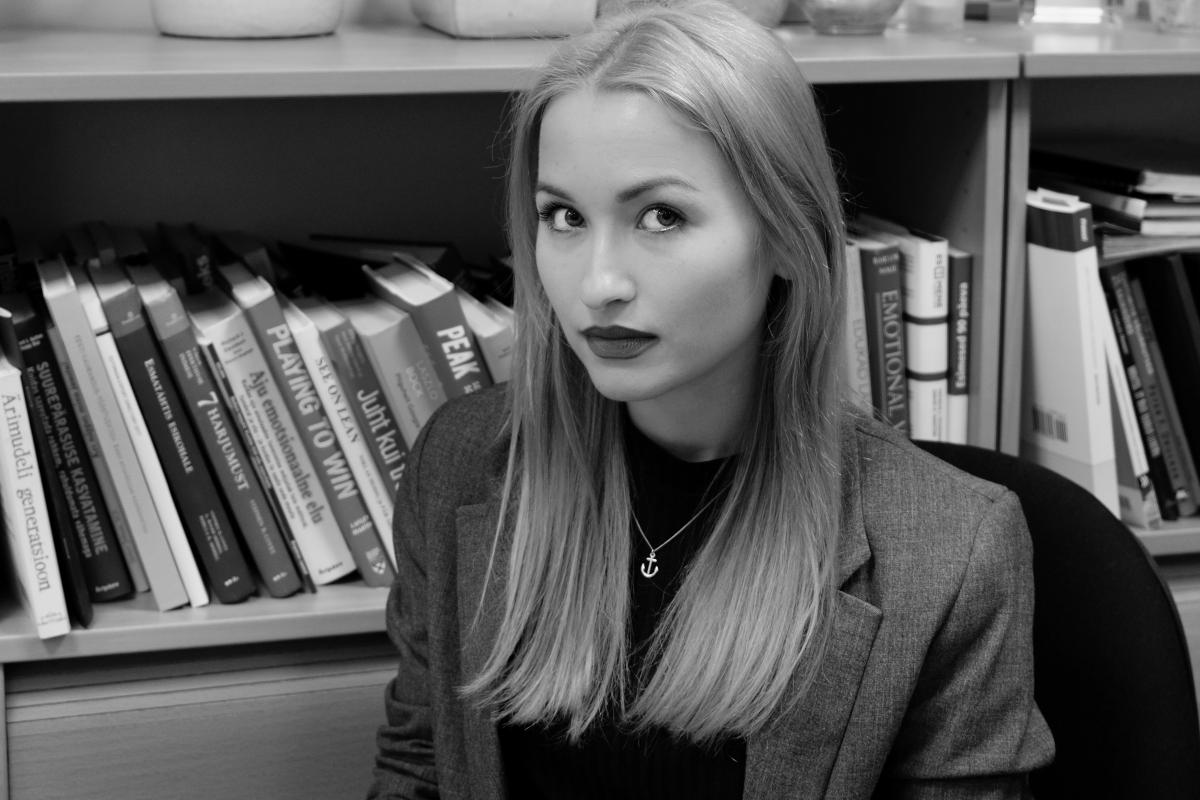 Dasha Karpilovich, originally from Belarus, had studied in four countries, including Estonia. In 2016, she has graduated from the Estonian Business School with a Master's degree in International Business Administration. Today, she's Head of Marketing in the Baltic States at Huawei's office in Tallinn. How do Estonian higher education and digital society measure up against other countries across the world? This article is part of the Alumni Success Stories series, created in collaboration with the Estonian tech news platform Geenius.ee. ​

一 How many years ago did you come to Estonia?

一 I first came here in 2013 and started a Master’s program in International Business Administration at the Estonian Business School. Initially, I came to Estonia for personal reasons: while studying in China, I met my future husband, who happened to be an Estonian. Eventually, I’ve decided to enroll with the Estonian Business School, which happened for two reasons. First, it is the strong name that the school has in the field of business. Second, my personal interests and professional background involve a strong international element, so the subjects offered by EBS matched my expectations better than other similar programs in Estonia. In hindsight, it was a 100% success. At the moment, I am Head of Marketing in the Baltic Countries at Huawei in Tallinn.

一 Although you’ve already had a connection to Estonia before the start of your studies, what were your expectations? How much did you know about Estonia back then?

一 Not much at all. I only knew it will be clean and less crowded, as compared to the country I’ve lived in before; a place where you can be closer to nature and yourself. The mentality, the culture 一  everything seemed to be extremely different from those of China or Belarus, where I am originally from. It’s a common fact that Estonians tend to be quite reserved, so that wasn’t that big of a cultural shock. Then again, once you break the ice and establish a closer connection, it’ll last for a lifetime. In this sense, I often compare Estonian culture to Australia, where I’ve also lived before: it’s a completely opposite experience when people act extremely open from the very beginning. They’ll be nice and friendly towards you, and yet you’ll never be able to open them up and let yourself into their lives; there’s never a deeper connection, because you’re a foreigner.

一 That’s right. In Estonia, there are so few of us that we can’t afford letting people go. What would you say were the biggest differences in terms of the student culture? You’ve now studied in three countries?

一 Four, in fact: Belarus, Australia, China, and Estonia. For me, studying in Estonia turned out to be the top experience. In Belarus, the system of education continues to be very much outdated, so I’ve always wanted to leave the country and study abroad. Speaking of China, the international students were so isolated from the Chinese that it becomes hard to draw a comparison. We’ve always had our own classes of Chinese Studies, which included the Chinese language, culture, economics, etc. There wasn’t much room for freedom, creativity or self-expression. It’s been a great experience, yet sometimes I compare the education model to that of a high school. At EBS in Estonia, I’ve got all I needed, being hungry for knowledge. We were taught by both the professors, strong in a theoretical background, and the industry professionals, able to share their experience and demonstrate real-life cases. Later, the connections you’ve set up at the university will be of great help in getting your career started and getting integrated into society. In Australia, I did an exchange semester as a student of EBS, another great opportunity the university provided me. However, it turned out to be too easy for me. Here, one semester means about eight subjects. At a Master’s level, you work nine to five, go to the university for your evening classes, and do some homework later that night. It involves a lot of lectures and group projects. In Australia, meanwhile, there are only two subjects per semester, with very few lectures. The idea behind the system implies an independent studying, but it doesn’t really work that way 一 you have to be pushed to study.

一 You’ve graduated in 2016 and have already been working during your Master’s. Where did you work before?

一 I worked in a Chinese company dealing with trading business, mostly as an interpreter of Chinese, English, and Russian. Later, my responsibilities were extended into other areas. When I graduated from EBS, it was time to move on and find something else. Obviously, I knew the Huawei brand very well from back when I was in China, and it has started growing in Estonia when I joined them. It allowed me to use my skills and keep my Chinese language alive, my unique selling point in Estonia. It’s beneficial to know Estonian for the job I am doing, but English is the company’s official language here. 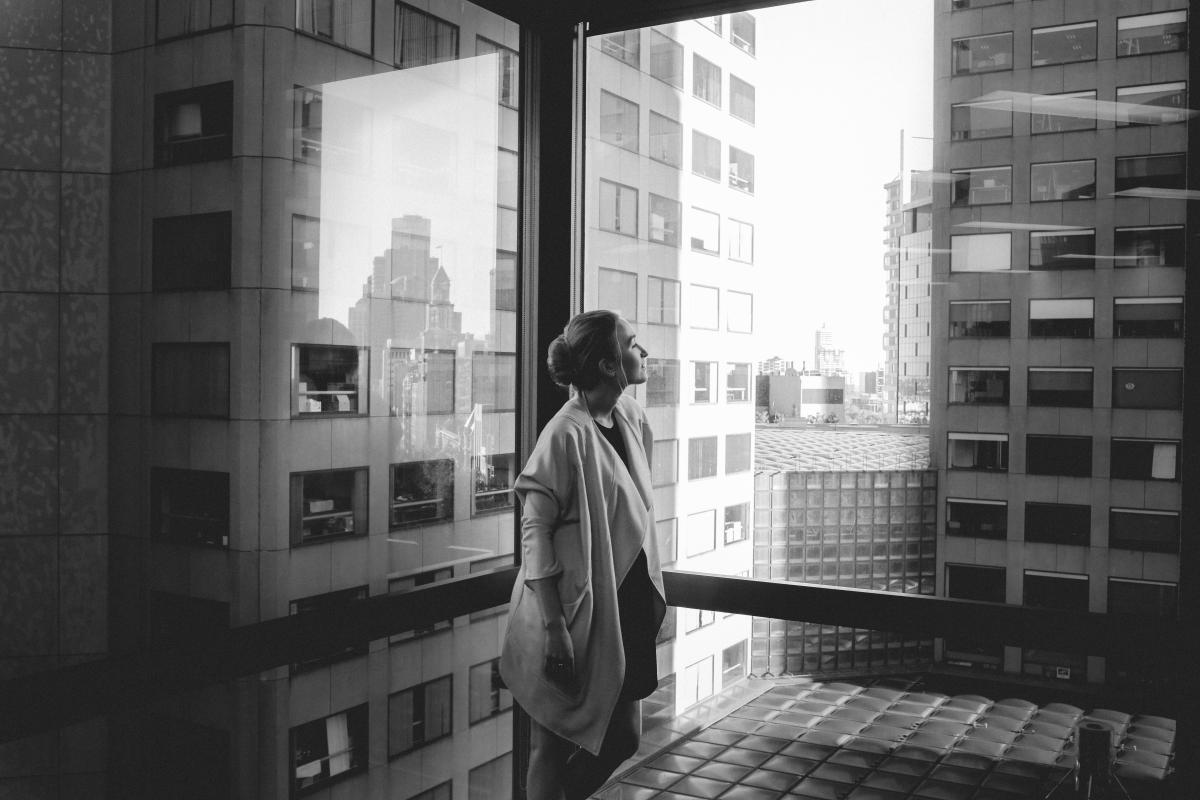 一 You’ve now lived in Tallinn for six years. Do you have any favorite places here?

一 Many! I love Kalamaja, Rottermani… In fact, I am an urban person who loves nature, so I am in a perfect place that has both. I am a fan of all newly developed areas of Tallinn and an area in Pohja Tallinn, where you drive for only ten minutes and find yourself in an absolutely wild nature park. I haven’t seen it possible in any other city in the world. Outside of Tallinn, I’ve been to all major cities and islands you would think of.

一 What do you think of Estonia as a digital state, how does it measure up against other countries?

一 I’ll give you an example. While in Australia, there was still no such thing as unlimited Internet; besides, it was too expensive and slow. I’ve used an entire mobile data package on the first day in my rented apartment, just streaming music and YouTube. It was in Melbourne. I couldn’t comprehend how could it be over like after getting used to having a free, unlimited Internet here, taking it for granted. Having an opportunity to do everything online, from opening a bank account to booking a doctor’s appointment, this is something I haven’t experienced in any other country in the world. Living here for so long, I start considering it a human right. Native Estonians, especially if they haven’t traveled around much, may not understand the privilege of living in a digital society.

一 You’ve been very active and mobile throughout your life, but what do you miss most about Belarus?

一  It’s hard to say, as I haven’t lived in my home country since 2009, it’s been ten years now. Many things in Belarus have greatly changed, and I’ve changed as well. Of course, I miss family. It’s so important to have a family connection, but I am lucky to have amazing people surrounding me in Estonia, including my second family now. I’ve also managed to keep connection with my Belarusian friends, especially since it’s getting easier and easier to travel between countries. Other than that, I’d say I must have been an Estonian in my previous life, because of how comfortable I feel here.

一 We’re not known for our cuisine, but what do you think about traditional Estonian food?

一 Blood sausage with warm cabbage stew still aren't my favorite. Potatoes, grains, and meat are the same as in Belarus. As an international person, however, I am very happy that there are more and more opportunities in Tallinn to get a taste of international food.

一 What do you think the future holds for you? Do you feel like Estonia has accepted you?

一 Legally, yes. Currently, I hope there will be no big changes in the internal policy towards foreigners. At the same time, I’ve lived here for a long time already and contributed to the country quite a lot, so I don’t feel at risk in this sense. Speaking of the language, I set myself a goal to learn Estonian as fast as possible, so in my free time, I attended courses at a language school. It wasn’t that difficult, since I speak quite a few foreign languages by now: Belarusian, Russian, English, and finally Chinese, which has been the most difficult to learn. Once I understood the logic of Estonian, however, it was only about getting as much vocabulary as possible through communicating, reading, and listening. I’d need at least one more year studying at the language school to learn grammar and writing, but it’s been rather hard to find free time lately.