Hafiz Abdul Manan: 'Living in Estonia has made me more extraverted and confident' 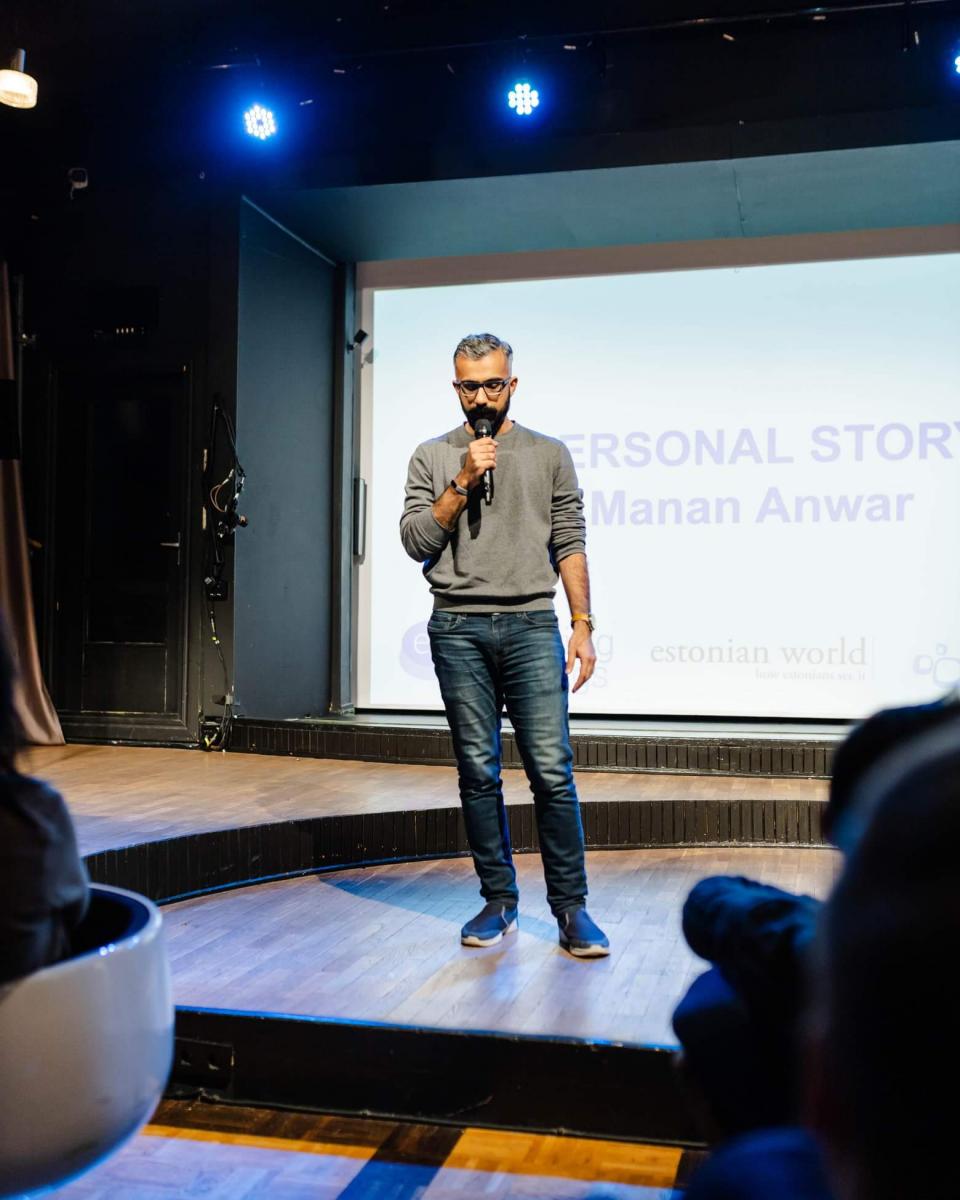 Hafiz Abdul Manan arrived to Estonia from Pakistan five years ago. In that time, he has graduated from a joint program of Tallinn University of Technology and Estonian Academy of Arts with a Master's degree in Design Technology and made a giant leap in terms of personal development. We met up with Hafiz on a rainy afternoon to learn more about his relationship with Estonia. This article is part of the Alumni Success Stories series, created in collaboration with the Estonian tech news platform Geenius.ee. ​

Had you heard anything about Estonia before moving here?

— To be honest — not really. I used to play a lot of online computer games and from time to time I happened to play with people from Estonia. Sometimes we even chatted a little, but there wasn’t enough information to really get me interested in the country.

— How would you describe your studies here? Were they challenging?

— The programme at TalTech is still relatively young. There is much room for improvement and I know that they are actively working on making the programme better. I can give an example: in one subject we had to do a group task. The lecturer divided us into groups and assigned projects to work on. Unfortunately, my groupmates weren’t really interested in doing the work, and the project was failing. So I contacted the lecturer and wrote a long feedback letter, and changes were made pretty much immediately. The next group assignment was much more constructive, and the project ended up being actually useful in real life. The lecturers are very devoted and really want you to learn. I am now teaching industrial design myself at TalTech!

— What did you study before coming to Estonia and what brought you here?

— Before coming to Estonia, I studied Mechanical Engineering, until I realized that my passion lies more in creative processes. That also sparked the idea to come study in Estonia, which I did in 2014.

— Were you at all intimidated by the new environment?

— Estonia was very strange for me in the beginning, it took me three years before I was comfortable enough to call Estonia home. It’s hard living this far from Pakistan, because family and friends are far away and can’t support you. The different climate, food, and people were quite challenging in the beginning.

— Student life was indeed colourful. I met many new friends and we’re still close. I can also say that it was a challenge at first, because Estonians are quite introverted. But I managed! 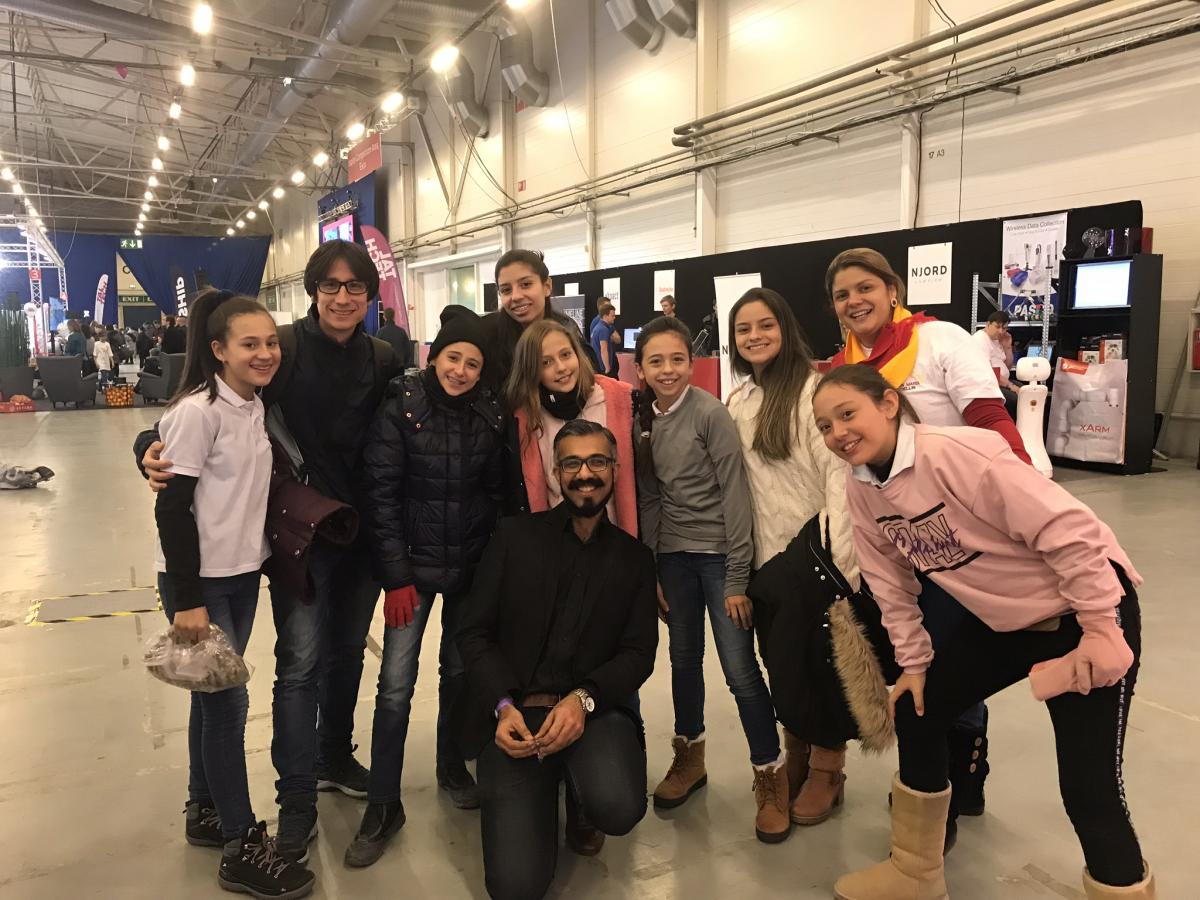 — What do you think of Estonian people and the culture? How are they different from your homeland?

— First impressions were that you are very different compared to my people. Estonians are more introverted and very self-conscious. In Pakistan, however, people share a collective identity, which revolves around friends and family. In Estonia, it’s the opposite. At first, that was a surprise, which took me some time to get used to. I think I still have some difficulty finding Estonian friends, but I take it as a positive challenge. For example, I was very introverted before moving to Estonia, but living here has made me more extraverted and confident. There aren’t many Pakistani people here, but we do have a Pakistan-Estonia association that meets from time to time. It’s a small, but tight-knit group.

— What do you like most about Estonia? Do you have any memories that especially stand out?

— The thing I love most about Estonia is the nature and geography. My parents came to visit last summer and they were really, really happy and surprised. It was very quiet and peaceful here, lonely in a good way. We went hiking in the bog and spent the day swimming and discovering the woods. It’s definitely one of the highlights. Also very admirable is the fact that, despite a rough history, Estonians have a positive attitude. You can feel that people have moved on and want to keep improving things. It feels like being part of a wave!

— What do you think of e-Estonia?

— E-governance is a wonderful thing because everything is so unbureaucratic. Nothing gets tied down in paperwork, and everything works fluently.

— Do you miss anything specific in Pakistan?

— Of course —  mainly my family and friends, but also food. For me, Estonian cuisine is not yet as distinctive or tasty as Central-European or Western-European, for example. I recently visited Berlin and the dishes there were very impressive. That hasn’t happened for me in Estonia yet.

— Where are you currently working and where did you work before?

— In addition to teaching in the university, I work in a company called Stoneridge Electronics. I didn’t work during studies, because the scholarship I received from the university covered all my needs.

— What about the Estonian language, is it difficult?

— I began studying easier phrases, but once I reached B1 level I quit, because I started teaching in the university. Since everyone here speaks really good English, that is the most comfortable way of communicating.