How the Covid-19 Crisis Has Affected International Students in Estonia 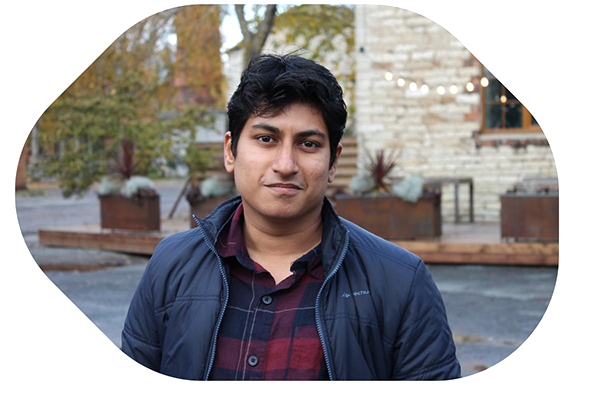 The number of cases of COVID-19 shot up quickly in a very short time and the negative after-effects rippled across different sectors and communities in Estonia. The international student community was not exempted. In addition to the usual challenges faced while trying to adapt to the lifestyle in a foreign country, the advent of an unprecedented pandemic situation only added fuel to the fire of uncertainty. - Anirudh, Student Ambassadors' Community Manager

On March 13th, 2020 Estonia went under a lockdown as per the government’s orders. Schools and universities were shut shortly after and all public places of gathering were closed. Almost a year after the breakout of the virus, the infection rates have stabilised, but there is still a long way to go. The student community has gradually become accustomed to the changes made to the teaching methods, thanks to the help and assistance provided by these institutions. Schools and universities are now either functioning via hybrid learning or a fully online method of tutoring.

From the perspective of an international student

While there are several reasons for choosing to study abroad, I personally find that being a student officially enrolled at a university is often also the best way to explore the world [...].

While there are several reasons for choosing to study abroad, I personally find that being a student officially enrolled at a university is often also the best way to explore the world, learn about different cultures and absorb the new surroundings like a sponge. In addition to enjoying the benefits of being a student—there are quite many, especially here in Europe—the pressures of being bound due to work-related restrictions are non-existent.

It is at this juncture where the topic about the lives of international students truly reveals itself. In line with the fact that humans are social beings, moving to a new country would seem more daunting than it actually is when you have no acquaintances to help you settle down over there.

Socialising definitely improves one’s quality of life and there are numerous options as to how that can happen. However, an unprecedented situation such as the one the world is facing now seems to have shrouded all these possibilities under a thick, melancholic cloud of uncertainties. This was palpable when the Estonian government decided to go under a lockdown.

The sudden restriction to movement and the closure of all public hangout places meant that every individual was confined to their houses and the internet. As international students, eager to go places and to meet people, these restrictions dissolved our plans of getting to know Estonia and its culture completely. 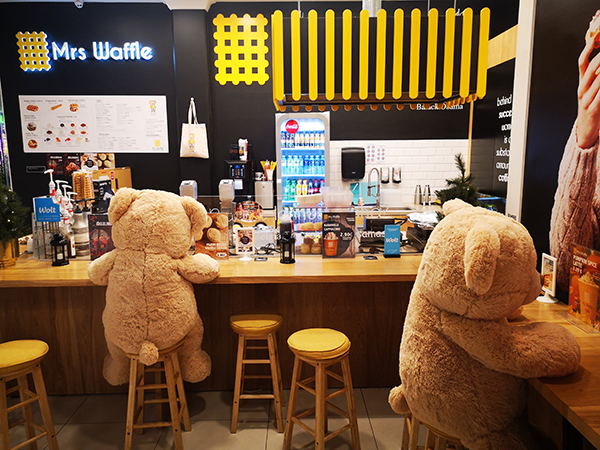 Restrictions on seating in a café in Tallinn

When on foreign soil, the best and easiest way to open doors, have an opportunity to travel and experience new cultures is through socialising with people at schools and/or universities. Another great way, however, is through work.

Sadly, due to the current pandemic, opportunities for part-time jobs have drastically reduced. This was pretty much the case with employment in general. Companies and businesses had to cut down on their production and so, hiring fresh talents was put on hold. Restaurants are no longer the most common places for international students to find part-time jobs as the lack of tourists have forced quite a handful to either close down temporarily or minimise output. I was one among the unfortunate many unable to find a job during this pandemic phase.

Prospective international students and life in the student dorms

The situation for doctoral students was not very promising either. Ambiguities regarding the continuity of funding for their ongoing research projects seemed a major obstacle. This makes all the sense, because a few universities in Estonia began rejecting applications for new admissions from prospective students living in countries that were badly hit by the virus. Lesser applications and the fact that a lot of companies and industries partnered with the universities were working at half their actual manpower and production capacity, meant no new projects. Support for ongoing projects and newer projects naturally reduced. 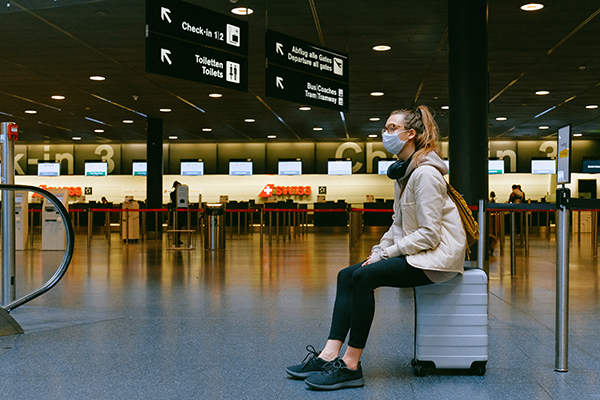 Some candidates who were successfully granted admission to Estonian universities had little to celebrate unfortunately, as many were asked to defer their applications by a year in order to ease handling when the second wave hit. Today, regular schools in Tallinn seem to follow suit.

Student dormitories, too, had to abide by the government restrictions and initiate rules that prevented gathering in their common spaces. With no proper places to hang out with friends outside and no practical means of doing so at the places international students resided, the entire scenario offered little to rejoice about.

Having said all that however, there were some good things that saw the light of day despite these circumstances. Forced to get creative in order to ease the boredom and lessen a gloomy state of mind, I personally had the opportunity to get back in touch with my long-lost hobbies of reading and writing. Speaking for the entire international student community, this might very well have been the fact for the majority of them, albeit with slight differences.

I managed to get in touch better with my friends and family back home; something I might not have done so frequently had I been preoccupied visiting places and meeting people here. This simply shows how small the world has shrunk, courtesy to the array of technological means to virtually be or meet people in another part of the world at the click of a button.

A state of duality can therefore be seen, as [international students] straddle between two different societies, without being able to fully divulge in either one of them.

On the other hand, this also shows how this pandemic situation has forced international students to never really get exposed to the country they reside in. A state of duality can therefore be seen, as they straddle between two different societies, without being able to fully divulge in either one of them. It is, of course, worse when one does not have any local or native friends. I was fortunate enough to have a few local friends because of whom I now know quite a lot about Estonia’s culture, history and the way everything works here.

The feeling of residing abroad gradually slips from one’s mind as the closeness with folks back home increases, thereby bringing with it the warm feeling of being home again. From a very narrow perspective, this fails to do justice to the aspect of an international exposure.

Fortunately, Estonia’s digital literacy, strength and versatility to adapt quickly to changing situations has greatly helped propel itself to 2021 at a smoother pace. Universities eventually managed to efficiently set up a framework for teaching and conducting examinations completely online. School teachers and university professors worked double as hard to ensure that they were available to clarify the ambiguities regarding lessons and provide assistance to their students if and when required.

Almost all Estonian universities had means by which students could get psychological counselling when needed, which proved to put their mental turmoil arising from loneliness, depression and what has now come to be known as “quarantine-sickness”, to rest. The community of student ambassadors in a lot of Estonian universities and also of the study organisation Study in Estonia extended a much needed helping hand to the international crowd either through organising activities or engaging via social media platforms or both.