Isaac Diaz Carpio: 'Coming here was the best decision of my life' 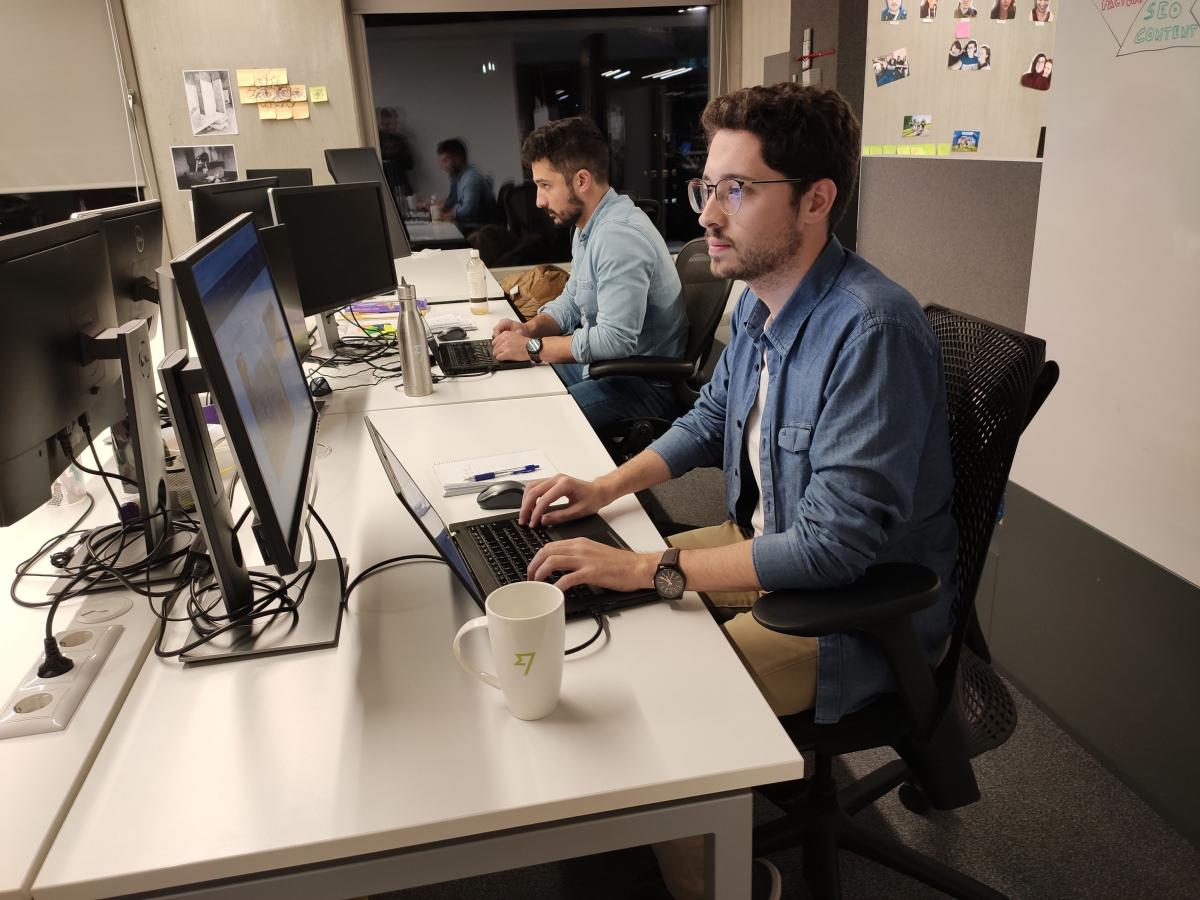 Isaac Diaz Carpio, originally from Spain, has graduated from Tallinn University with a Master's degree in Communication Management. Today, he's a SEO specialist for Spain and Latin America at Transferwise, Estonia's globally recognized startup, with more than three years of experience working in the company.  Want to learn more about the Nordic way of living and Estonia's corporate culture? This article is part of the Alumni Success Stories series, created in collaboration with the Estonian tech news platform Geenius.ee. ​

一 You’ve now been in Estonia for almost five years. How did the decision to study here come about?

一 It was a mix of different things. Back in 2010, I did my Bachelor’s Erasmus in Finland, a place so much different from where I live in Spain. Eventually, I knew I wanted to do a Master’s abroad, somewhere in the North of Europe. Out of all options, Estonia was there in my mind. I checked different study websites and came across Study in Estonia, where I’ve found a Master’s in Communication Management at Tallinn University. Following some research, I’ve found out that Estonia, and Tallinn specifically, have a great tech and startup potential, so the city seemed like a very special place that could give me something other countries wouldn’t. Everybody goes to the UK, Germany, but who goes to Estonia, right? Before going on my Erasmus exchange in Finland, I asked the coordinator to send me as far to the north of Europe as they could. So, I’ve spent some time on Pettersaari, a Finnish island in the middle of nowhere with a population of about 20 000 people. This time, I would also like to go to a remote place, except it should have been a capital city.

一 So, how much did you know about Estonia before coming here?

一 I didn’t know much. I kind of expected you to be somewhat similar to Finns, from a Spanish point of view, so I didn’t expect to have that much of a cultural shock. There’s something I would call a Nordic way of living: it is sort of the pace you follow, which translates into the way you live and work, completely different from Spain. However, each lifestyle has its benefits.

一 What would you say were the biggest differences in terms of student life, as compared to Spain?

一 In terms of the EU law and the Bologna Process (the European Higher Education Area), standards and qualifications are the same. Speaking of Tallinn University, the delivery of the courses seemed to be much different from Spain. First of all, it was a Master’s degree; secondly, it was much more interesting, intellectually stimulating, and interactive. Most of my lecturers were practitioners, the fact that adds another value in terms of networking. In such a small country as Estonia, everybody knows each other. For instance, there was a top specialist of a marketing and communication agency, a journalist from EER (Estonian Public Broadcasting), and employee of the Estonian government’s communication office. It is a hands-on experience, being taught by the professionals. Needless to say, we studied in a beautiful campus. 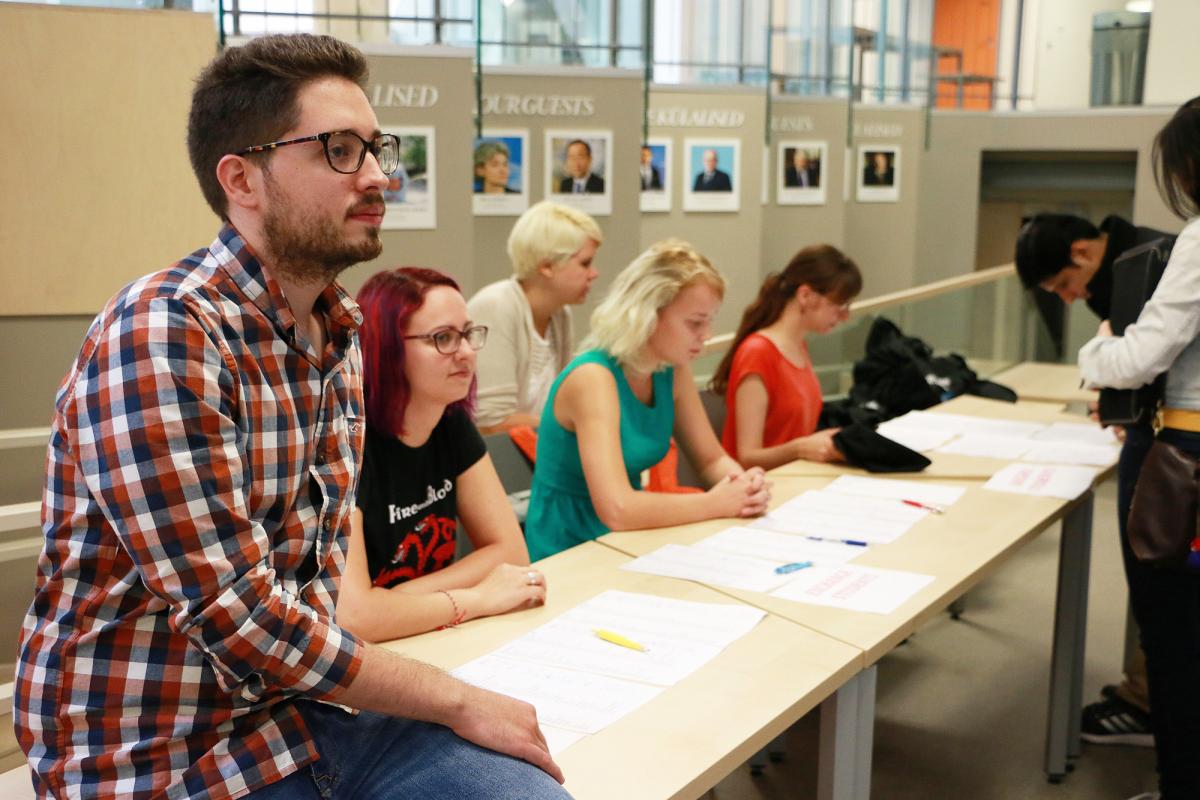 一 As a person who has lived in different countries, what do you think of Estonia as an e-country?

一 It works very well. It’s the ID card that makes everything simple, first of all. Doing your taxes here a beautiful experience! Two-three minutes online and that’s it. By now, I believe, there’s also wireless Internet in most of the world, but Estonia gives it so much more importance, providing free public Wi-Fi access in every corner of the country: from my experience, there might be a small Internet spot even in a swamp. Otherwise, you have an unlimited mobile data access anywhere you go. I am always happy about it, I will talk about local digital services every time I leave Estonia, as if I was an official ambassador of e-Estonia. Last year, I traveled around Canada for about a month, so each time Estonia came up in a conversation, I would try to explain as much as I could about it. I even met an Estonia friend there! We both knew we were there at the same time and just ended up bumping into each other, so random and funny.

一 You said you came here because you wanted to live in a bigger city. Tallinn seems to be the right place. Do you have any favorite spots here?

一 My office in Transferwise, I’d say, is one of the greatest. I always tell everyone: visit us, it’s in the TOP 10 of places to see in Tallinn! Then as well, I like the Telliskivi district, of course, especially in the summer. Great to be there, meeting new people and hanging around. I think I have visited the Old Town about a million times and would go there a million times more. I especially enjoy the late night walks, when the streets of the Old Town are empty. Outside of Tallinn, I’ve been to Tartu, Pärnu, Narva, Rakvere, Haapsalu, Saaremaa as well. Here, you leave the town and already feel like being in the middle of nowhere, which makes Estonian nature and the countryside entirely different from Spain, where it takes longer for you to dive into the nature. As I am from Catalonia, our landscapes have a lot of hills and mountains, there’s a village around each rocky corner. Estonia has more forests instead, peaceful and beautiful.

一 In Estonia, when we think of Spain, we think of hot summers. What do you think about the Estonian weather?

一  Believe it or not, Estonian summers are the most difficult for me. I am not used to wearing long sleeves and pants in the middle of August. Winters, on the other hand, are meant to be cold, I am ready for it. Snowy winters create a very special mood, when there’s a lot of street light, reflected from the snow: it’s just fantastic!

一 What would you say, if you can, was the best thing that has happened to you in Estonia?

一 I must admit, coming to Estonia was the best life decision I’ve ever made, for many reasons: all the people I’ve met, the decisions I’ve faced, the things I’ve studied and learned at work, all the opportunities I’ve found. I consider Estonian society to be special in many ways, and one of them would be the corporate culture. For example, if you’re sending an email to an Estonian colleague, you know it has to be short and to the point. You send the email, done. In Spain, you first have to talk about your weekend, try to engage with the other person emotionally, have a chit chat via email. Such communication habits have certain benefits: they make it easier to relate to the people you work with or ask them a favor in case you need anything. Here, it’s the opposite: don’t be a pain in the ass and be straightforward in what you need. It has changed my way of living and doing things, being more direct. In a workplace environment, it creates less bureaucracy and makes your work life more balanced. 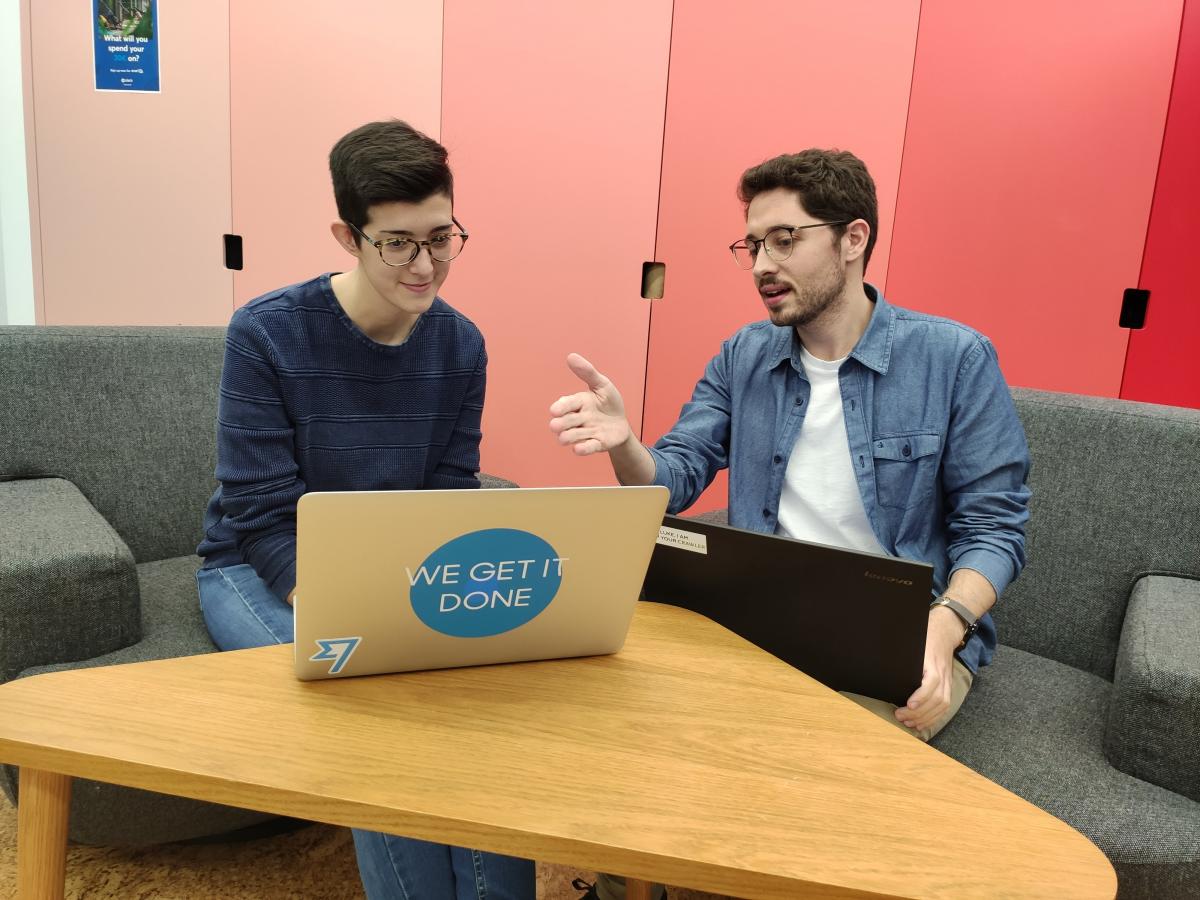 一 You’ve mentioned you work in Transferwise. How did you end up there and what do you do?

一 I’ve been in Transferwise for 3,5 years already. Ever since I’ve arrived to Estonia, I heard many cool things about this company, had some friends working there and always thought I’d want to work in a place like that. The right moment came when I was graduating from my Master’s degree and running out of money. At first, I got a position in a Spanish Customer Support. Since I didn’t have much professional experience back then, with the exception of a few internships, I thought it’d start from there. Transferwise, in turn, seemed like a company that would ask: “Hey, you have an idea? Give us your plan and start working on it”. That’s exactly how I moved to a digital marketing position, focusing on the SEO (Search Engine Optimisation) content for Spain and Latin America.

一 If you work in an international company, such as Transferwise, language isn’t that big of an issue, obviously, but how much Estonian language have you learned so far?

一 I think I’ve failed with this, to be honest. I try to stay up-to-date with the news, Estonian politics, I have a lot of Estonian friends, so I’ve started learning the language as well. Unfortunately, it’s been too complicated for me; at this moment, I don’t really need it. Neither do I know for how long I will stay in Estonia. For now, I know some words, can understand certain conversations and react based on that.

一 So you are not certain for how long you will stay in Estonia? What does the future hold for you, as much as you know?

一 Well, the future is complicated. Studies and professional development were one of the main reasons I came here. I had a chance to learn more about myself and get my career started. What would be my next step, how can I continue developing myself, learning new things, and seeing new perspectives? These are the questions I have to answer to myself in the near future.