Little Details About Living in Estonia

In my previous blog posts I have talked about why I chose Estonia for my PhD studies and what PhD life in Estonia is like. Now, after 8 pleasing months of living in Estonia I would like to share the little details about my Estonian daily life that inspired me to write this post! - Omar

I have to say, there is nothing particularly extraordinary about Estonian public transport (although in Tallinn, it is free for residents ❤️). There are standard bus schedules and bus stops, and buses stick to it very well, with up to 5 minutes delay depending on the traffic and weather conditions. But the empathy of the bus drivers makes the service superb. At least in Tallinn, if the bus driver sees you running behind the bus, even when the doors were closed already, he will open the doors again for you! I was very impressed and joyous one time when I knew for sure I wasn’t going to reach the bus on time, so I stopped running, but the bus driver saw me and gave me a signal to get to the bus. This little detail made my day. 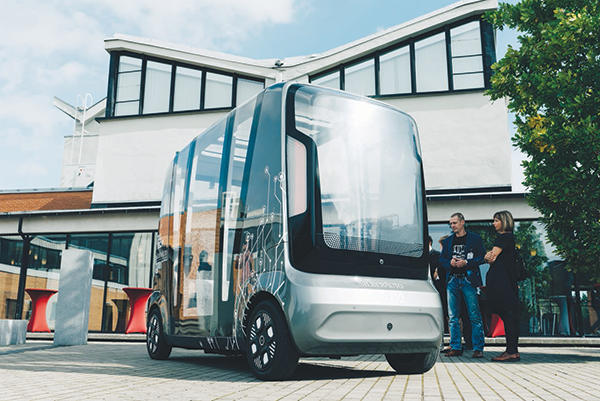 Unlike the rest of Estonian public transportation, the TalTech self-driving bus does not need a driver! Photo: TalTech

If you have ever applied for a visa, driver's license or any other document, you can probably agree with me that the process tends to be quite tedious and, as a result, you might get a headache. When I was applying for my Estonian residence permit, the officer realized I was missing one document and, of course, I got deeply nervous in a blink of an eye. I thought I was going to have to start the whole process from zero again, but before I had a chance to say anything, she just took a post-it note, wrote down an email and told me to please send the missing document to that address. I told this same story to a colleague living in Germany, after listening she spontaneously said “Wow! This definitely would never happen in Germany”. Although it was my responsibility, that kind little gesture from the police officer made me feel warmly welcomed! 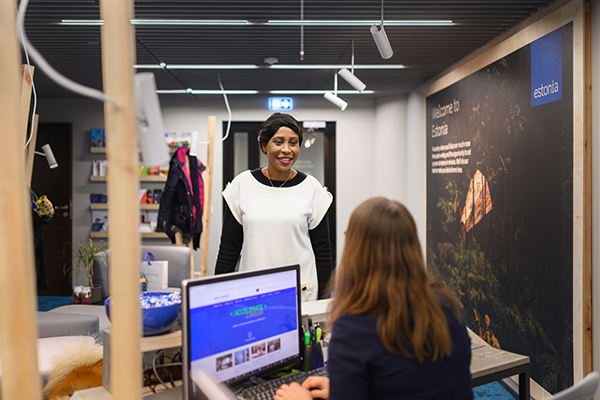 You will always get help with bureaucracy at the International House of Estonia. Photo: Tõnu Tunnel

Islam and Marina already covered some tips about making Estonian friends. And I would like to add, that Estonian friendships take time (more than I would have imagined), but they are organic and honest! Marina previously wrote about the Estonian saying “Sõber tuleb kutsumata”  - a friend does not need an invitation - this is what I mean by "organic", you don’t force it, it just happens from daily life. Although it can be a very slow process, after you finally make an Estonian friend, they will be a surprisingly good one. 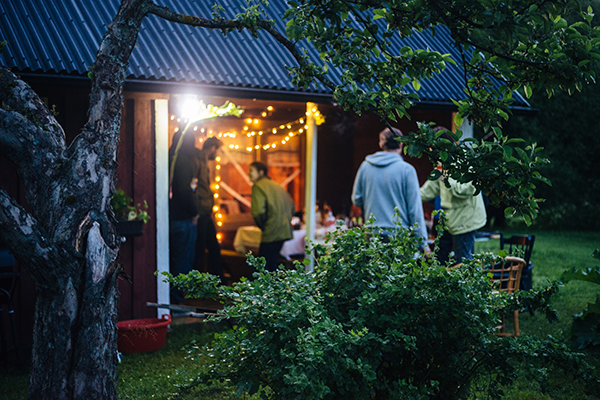 In my short daily life experience, I have to say that Estonians are quite tolerant. They welcome everyone’s opinion, and they don’t pay too much attention to minor issues. For example, at my university courses, when debating about the topic of the day, everyone’s opinion is taken into account, it doesn’t matter how controversial your idea might be, it is still considered. Also, as a PhD student at university, I am in between of being part of the staff and being a student, but even though I am at the bottom of the staff hierarchy, my opinion is considered equally among the staff members regarding administrative and research purposes. I am 100 % part of the TalTech team. 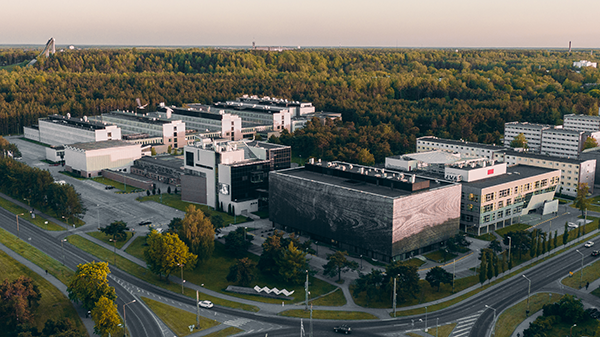 As I mentioned before, Estonians don't pay too much attention to small daily life inconveniences (they don’t like conflict). Take for example the crowd in the public transport. I can’t remember anyone saying “Vabandust” (which can be translated  as “Excuse me” or “Sorry”) when accidentally bumping into someone’s shoulder when trying to get off the bus. This is a fascinating aspect of Estonian culture and you can learn more about it in the podcast Estonia Explained part three: "The Stare".

The other day I was asked if after finishing my PhD I would like to stay in Estonia, and I said yes right away! Simply because I like the societal balance. Marina previously wrote about stereotypes and how not to be a stereotype, and in regards to that I would like to say - there are rigorous laws in Estonia, but not as rigorous as Germany; buses run on time, but bus drivers won't leave you behind like in the United Kingdom; Estonians might not invite you to a party right away after you first meet like Mexicans do (trust me on this one, I am Mexican), but once you become friends they will take care of you and will invite you to the countryside, hiking, skiing, sauna, and yes, also to parties! People might not say “Sorry” too much like in USA, but if they can do anything good on your behalf, they will do it!

If you like this kind of magical balance in society as much as I do, you will definitely enjoy your student life in Estonia!

Just as with SUPing, you need balance in society. Photo: Raigo Tõnisalu